Click here to Learn how you can Earn FREE Products

Journey to Optimal Wellness both Physically and Financially

Player is loading...or there is an error...
Learn More About
The Shaklee Difference    The Shaklee Life Plan

Hello My name is Janet Coester!

I am passionate about living in harmony with the earth and empowering others to achieve optimal wellness both physically and financially. I first used the Shaklee Soy Protein in 1974. Years later I was reintroduced to Shaklee through the Liquid Laundry concentrate when I had my own massage therapy business in Snowmass Colorado. In 1992 & 1993 I walked solo across the Russian Federation as Phase II of a Global Walk for a Livable World. One of the main focuses of this walk was to raise awareness about the environmental crisis and what we as individuals can do to reverse this crisis.

In 2003 I first learned about the income potential with Shaklee. At the time I was working 16 hours a day cleaning out my mother's house. The mold and mildew in the house made me extremely tired. The AirSource made it possible for me to continue working on that project. I knew then that I wanted to have a flexible home based business that is in harmony with the earth and would make a real difference in the lives of those I love and would come to know. After researching the AirSource I decided to purchase it and became a Shaklee Independent Distributor the end of January.

A little background to my Shaklee wellness story. After a car accident in 1988 my hands would go numb and after a second accident in 1989 they started breaking out. When they would break out I never knew when they would heal. This went on for more than 13 years. Many thousands of dollars and health care professionals later I discovered Shaklee nutrition. In January of 2003 my hands had flared again.

The end of April 2003 I had a friend suggest that I take the daily supplement strip, protein and Opti-Flora. I was looking for a good Multi-Vitamin. I started on the daily strip and the protein. Within three weeks my hands cleared. Pushing the envelope on 5 July my hands flared again. On my way to Colorado 9 July I was listening to Shaklee tapes. They all raved about the benefits of Opti-Flora. I had bought it in April and hadn't taken it as I was using another brand and wanted to be systematic in what I was trying. Well I stopped at the next truck stop and started taking the Opti-Flora which I had brought with me. When I left Snowmass 13 July my hands were cracked and bleeding (I couldn't drink enough water to keep hydrated and I hadn't discovered Performance). The amazing thing was that by the time I returned to Iowa on 18 July my hands were totally clear. That was the fastest they had ever cleared in over 13 years. The following January I added Carotomax and OmegaGuard and no longer did I have to deal with cracked fingers in the winter. I had discovered experientially that the products really do work. In 2007 after the Landmark study Vitalizer was introduced. The daily strip now had all the components that I had added to the basic daily program.

As I was able to let go of other responsibilities and give more time to educating others about the Shaklee Difference our business grew. In 2005 our 1099 was just under $2,000. In 2006 it was just over $6,000. In 2007 we made a commitment to double our team members and our 1099 was over $11,000. In 2008 in spite of a major car accident that reduced our productivity to about 25% for three months our 1099 was over $17,000. Now Shaklee is committed to help a million new families have healthier lives physically and financially. They have backed this up with programs to help new people earn up to $100,000 within 18 months. We look forward to working with you to achieve your dreams and goals for optimal wellness both physically and financially.

Have a Glorious Day!!!

Player is loading...or there is an error...
Learn More 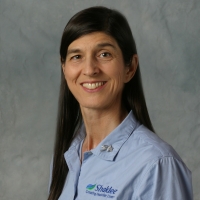